I have never seen an odder supply and demand curve since my days in the military where I was out of Marlboros and we were in the field and I would trade my whole paycheck for a pack. The resin market has been manipulated worse than an Enron audit. Due to large capacity in supply and in manufacturing film capacity, the market previously dropped like a rock because of producer’s desperation, but then, with great hammering strength, the resin manufacturers created an increase when CDI wasn’t even aware of one and made them do the rare act of republishing. Now, it holds again as steady but we all see the writing on the wall. Gas prices are low, markets are uneasy with the Iranian tensions but resin due to greater and greater capacities will add to the heavy supply, now, can the demand for resin stay alive and prop up the pricing or will it fall?

I predict that much like my middle school math grades, it’s going to fall and CDI will publish wiping out the last 3 cent increase. 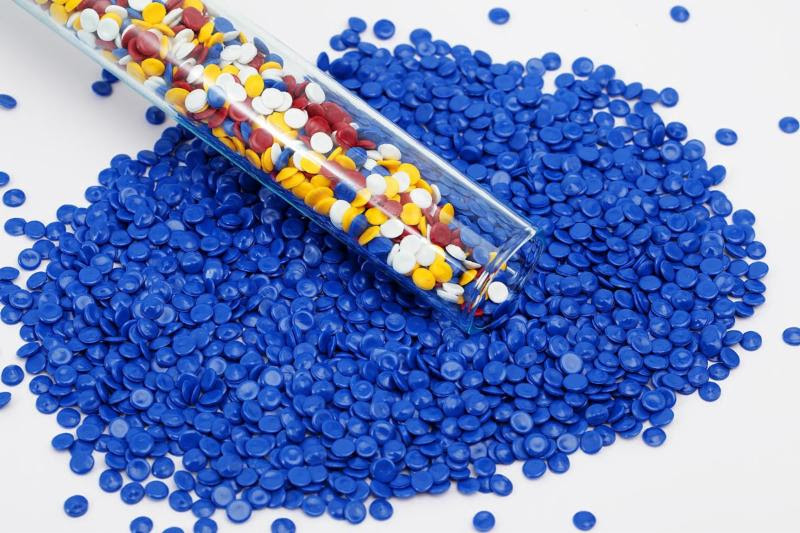 “Well, well, well”. As my father would say, “the screw will turn the other way as well!” The build-up of inventory has allowed for lower pricing on the spot market but the major mills live in a cult-like existence, like Tesla owners and Apple users, they live in their own world and believe that nothing has changed. Nevermind the buildup of inventory and slowing of cash flow for operations. Being big means you don’t worry about “those things” until the annual meeting. The major mills are releasing material into the spot market to turn inventory into cash but still holding firmly on contract pricing. This has an eventual downward effect as a whole on pricing and my prediction is some relief for the masses will be coming. It makes me want to go into the board room and interrupt their manicures and show them a newspaper that says, June 24, 2019 rather than the one they have reading, January 3rd, 1870 – headline, Rockefeller Starts Standard Oil. 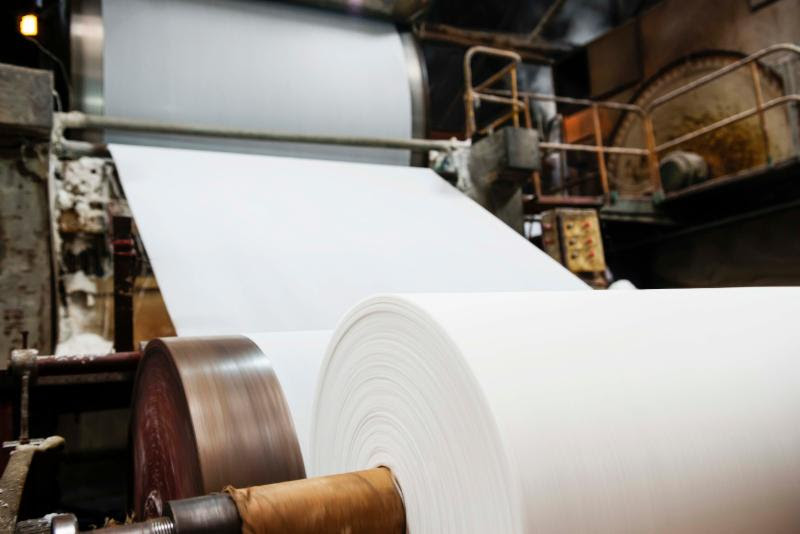 In business, as in life, you have an internal struggle everyday. You get to question your authority, your handling of situations and you try to do it the best possible way. I have had many mentors in my life, people that I don’t know why they just took a shine to me and decided I was worthy for them to dispense their advice. People that would look out for me as I waded through the mines of business that could sink our ship.

A good friend of mine asked me to do an interview on his podcast, R. Darin Hollingsworth, recently. First, I questioned his sanity when part of the interview was about mental health. I am better as a writer than I am as a speaker. I shy away from interviews or even speeches because I still have this idea I’m better suited for being in the background. I reluctantly became the face of this company, after my Dad’s passing and paying way too much money for people to take up the mantle of leadership in my company just because they were more photogenic than I thought I was. Despite my rambling and ill preparation, I felt that I spoke about the heart and soul of this company on Darin’s podcast. I am forever grateful for all the many who have been here for me when I was in my deepest moments of need. Not just my mentors but also the people that make up the family that we call Team Alliance.

I didn’t, however, mention in the podcast about another mentor who was my “GIVING TREE”. The GIVING TREE, from Sheldon Silverstein, was one of my favorite books when I was a child and it was one that I read to my two daughters growing up. Many of you have commented if you see my computer, it has a skin of the giving tree on it.

During the financial crisis, we were suffering like many of you were. Being approached so many times by so many people, I decided to sell my company to someone whom I trusted and liked. I didn’t know this person all that well, but going with my gut, which I should do more often, I decided to move forward. We signed paperwork and he sent in his accounting team. They found in minutes of arriving, a mistake in our inventory which was not accurately reflecting the true cost or valuation. Our inventory was undervalued, by a whole lot which meant our situation was not dire after all. He called me personally and said, “We have to stop right now, if I were you, I would look at line item by line item and make sure you clean this up. It looks like we owe you a much bigger check”. I was stunned and did just that and found his accountants were much better than my accountants. We had a massive glitch in our computer system that would dollar cost average when we went negative on inventory, which in our old manual system of receiving happened often. The reason for me telling you this, it’s this example of this person’s great act of humanity, which to him was just normal operating procedure because he’s a good and moral person, that turned us around. You have to realize, during my time in business, I have had so many suitors that wouldn’t have the moral fortitude that Matt has. Most of the people who approach me, I have to use tons of hand sanitizer to get the filth off of my hands. Now, I look at them and say, “would they have taken advantage of me, like Matt could have?” Remember, the accountants told him, not me, he picked up the phone to call me. He didn’t have to do this and had he bought me, cheaply, I wouldn’t have known any better.

I owe this person my business life, and I have tried to live his example, like Tom Hanks telling Matt Damon at the end of SAVING PRIVATE RYAN on the bridge with his dying breath, “earn this, earn it”. I have tried to earn this chance and be worthy of his example. When I talked to him years later, his response was, “I hate losing out on the opportunity to partner with you but you never start out a business relationship this way. We will always do the right thing. That is who we are. Whether we are partners or not, you will always have my friendship”. So, thanks to his example, we wrote our motto partially based on his grand gesture and willful kindness towards Alliance Plastics, all those years ago:

We do the things we do because that is who we are.
We invent new concepts because we want to see change.
We are loyal because we choose to do the right thing.
That’s the Alliance Way.

Just a quick brother update – I am building a relationship with my long lost brother, Bill. He got married recently to his soul mate Loretta in paradise and was kind enough to send me a picture of him holding the challenge coin that our father gave me which I gave to him. He put the coin in his pocket so that our Dad would be there with him when he said his, “I do’s”. 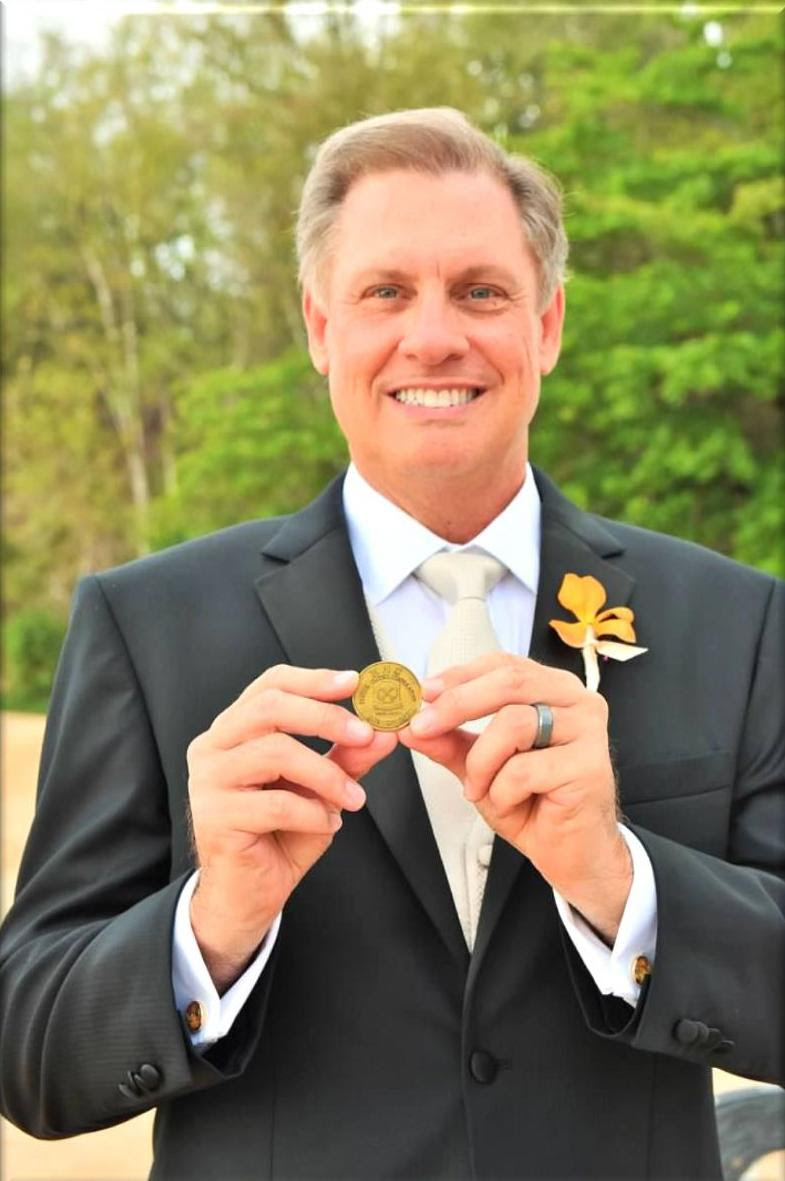 To hear the Working Gratitude podcast with R. Darin Holingsworth: