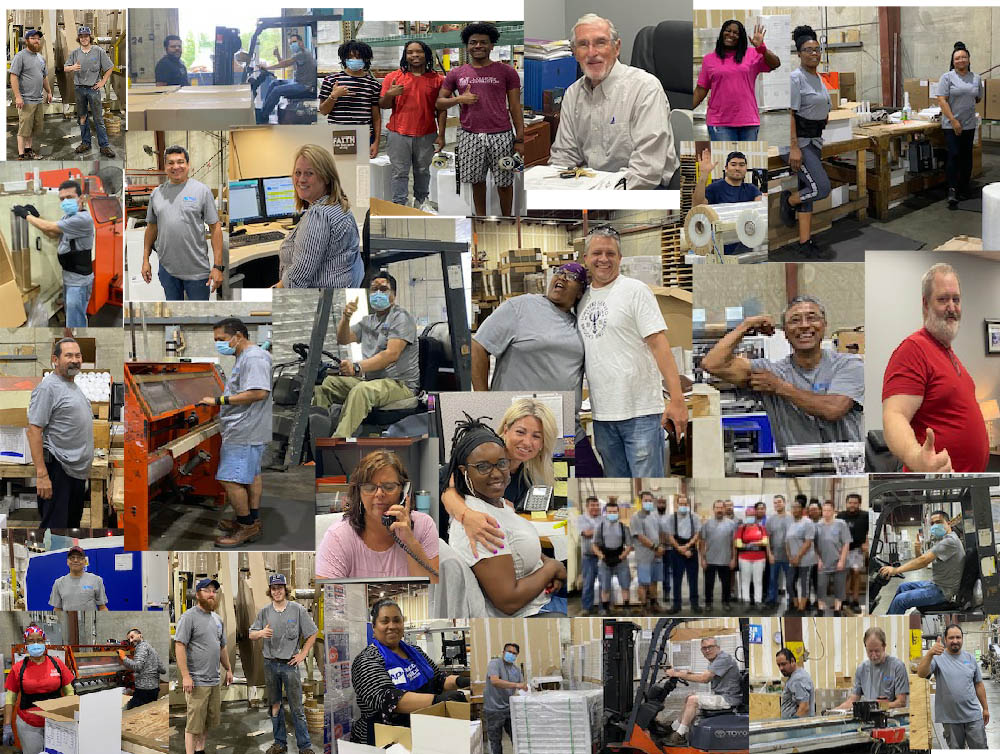 Together We Are Stronger!

Do you all remember one of the best Christmas movies of all time? Not It’s A Wonderful Life. Not, Christmas Story. No, I am talking about DIE HARD. I stated it would take a miracle for the resin to not slide or fall. With the pandemic raging around the world, with many parts of the country still closed and with our economy showing signs of losing 25-30 points down in GDP, how could a product that is in such oversupply be able to keep control of their pricing? As Hans Gruber said, “You asked for miracles, Theo, I give you the FBI”. Ron Grubbs will say differently, “You ask for miracles, ___________(fill in the name of whoever you are), I give you ExxonMobil and Dow, the EMD.

Resin, which I stated was going down another 4 cents last month, amazingly showed flat in both indexes and it cost me my bet with a group of folks, which by the way, all of you are going to get 100 pennies in protest even if it costs me two thousand pennies to ship it to you! Expect an increase of 4 cents, you heard me correctly, you will see this coming in the next month. I think the miracle will continue. Anyone want to bet me 100 pennies?

I made a pledge to curse less, I was trying to set an example for my 18 and 21-year-old daughters. They seem to have inherited that trait that has been a long Grubbs tradition. I believe my Dad is a descendant of Vulgaria. Many of his family members are tried and true Vulgarians. However, as I am receiving higher bills for paper and not a “pass-through” amount but the whole amount of the $50.00 increase. Citing my no cursing pledge, my last conversation with them looked like a Mad Libs Baptist version.

You are all a bunch of (FUDGING) human beings. Telling me you have to pass on the full amount of the increase is a bunch of (FIDDLESTICKS). (GOSH DARNIT) you are going to see what happens when you are in need of help, I wouldn’t even (WASHING) on you if you were on fire. You guys can kiss my (BUMPKIN). Don’t try to act empathetic, you don’t give a (DAGNABBIT) bit about me or our customers.

Honestly, the conversation went something like this. I have to admit that after the puzzling awkwardness of the phone call, I confess I would have to put about 10 dollars in the swear jar in the end. I just couldn’t pull it off because being that I am a Vulgarian like my Father and his Father before him, I am afraid that my translation sounded less effective so I had to change tactics and speak naturally. You see they didn’t seem to have a Google Translate app for the above so the conversation crossed into the borders of Vulgaria and the people at the checkpoint didn’t just stamp my passport, they made me King. I am so DUCKING angry that the Paper Industry made me break my pledge to clean up my language. They really are a bunch of SHIRT HEADS. (Auto-correct is turned on).

It seems our world is on fire right now. I don’t know if this is going to end soon, but I would like to believe in a little bit of what Paul McCartney said when he was asked why he was such an optimist. Sir Paul replied, “it’s because the good people still outnumber the bad people.” I hope he’s right. My Dad would have another statement, one which was equally as prophetic and seems to be appropriate here. Dad would say, “Son, no matter how bad the storm, it will always blow over, and then no matter what the damage, we can rebuild.”

I know that in my world, growing up an Army brat, the world was much different. It was based on green, silver, and gold, not skin color. We grew up with friends of all different skin colors and like me, being that the US Army is an internationally deployed force, we are mixed. I was never deeply aware of race or inequities until I had to go to a public school for the first time in my life. Beforehand, my life was shuttling conveniently walkable streets to our Department of Defense schools.

In Daleville, Alabama, my first ever public school, I was asked if I was a migrant farmer on my first day. I was required to take Alabama history, and may I say, the Civil War was a different subject matter than I recalled. Much of the old glory was emblazoned on every page except the ending which was the same as those other history books taught in DOD schools. The end result for the Confederacy was the same, but the pageantry and slightly different perspective on causation were definitely played out in a cinematic glorified version.

I was teased and called awful names when I told the other students that I was Amer-Asian: Korean Mother, American White Father. I felt bullied like so many before us and after. My Father tried to make it better by telling me I was the combination of the very best of the East and the West, but it still pained me to see my tormentors. I have to confess, I did take the situation in my own hands; I won some and lost some, but I stood up for myself and the bullying stopped. I then made a point to try and to stand up for those who couldn’t or were unable to fight back. I continued to win some and lose some but I took the power away from the bullies because I didn’t fear them and I learned soon enough, I could beat them with words instead of just fists. See, ignorance has no race, no education level and it has no class. It’s a malignant tumor that if not treated can spread.

We identify ourselves as Americans and that we are united in these United States of America. America is a nation full of opportunities. We enjoy open spaces, beautiful landscapes, and best of all, diverse cultures. This country has issues to deal with and we will deal with them. We have to remember that what makes us great is our differences, our ability to cross-pollinate and to blend. Our constitution gives us all the Bill of Rights, a document that has been called the most perfect document. We know it’s not perfect, but we have to strive to find that perfection because trying is what makes us Americans. This strife, this virus, this time is a storm that will blow over us and as Paul McCartney said, “the good people still outnumber the bad people” if that is true, then we can assess the damage and fix the problems. I hope you all stay safe. Let’s weather this storm together.

Can your Film do this? Steelflex Xtreme 2.0  55 layers of AWESOMENESS!