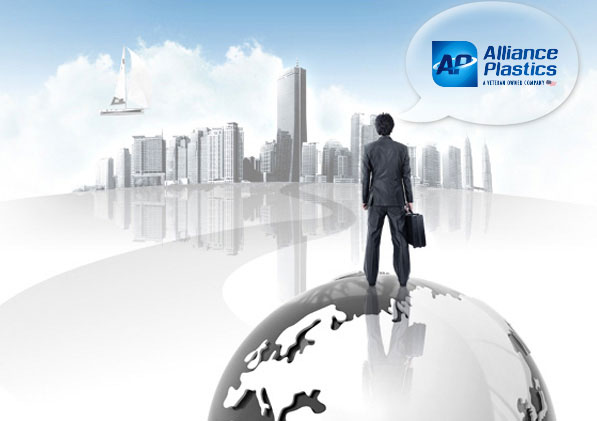 Despite an increase announced by the major resin suppliers, it appears that pricing is under pressure and poised to drop again at the end of September. It is my humble estimation that this will be the last drop we will see for the year. The Federal Reserve Rate remained unchanged in answer to the world market conditions, but as we know that as many feel we are “just okay”, the US market leads the world for economic stability and growth. However, as with most of you, it’s a feeling of shaky stability to say the least. Our market was ready and I think collectively prepared for interest rate hikes and with the Fed relinquishing their capability to push a rate hike, to then offer stabilizing force later if the market turned, it pulls out a valuable economic weapon for them. Our Fed is the power behind the world economy. By not raising rates, the market reacts with fear and paranoia and we see people becoming bearish towards the next meeting of the Federal Reserve. Oil is steady and the calls for a drop to the $30.00 level seem pessimistic at best. A realistic expectation is for OPEC to correct this when and if they feel it necessary and exert their muscle to create true price controls. The group is still in the phase of a long term plan to punish producers outside of their control by keeping prices low to try to finish off the hearty growth in the US and Canada and try to make it unprofitable for them to keep pulling oil out of other resources.

An increase actually went through on paperboard prices. I see that puzzled look on your face as you read this, and believe me, I also have it as I write this. Consolidation has decimated supply and as you see a select few become an even more select few. The prize for these people is the capability to collectively raise prices. I cannot argue logic and I could not negotiate these increases because it was predetermined and it is in the books. Very much as Julius Caesar invading Gaul, when asked why, he stated, “because, I can”, so is the same attitude from the exalted small group who have taken this control of supply and ultimately, pricing. We are doing our best to work with people regarding this new increase in pricing and I wish to tell you it was different. I also can cite higher costs, higher labor and benefits cost but we realize that we live in a different world. I am not an oligopoly nor a monopoly and neither are you. This is a price we pay for consolidation in the terms of shareholder equity and market control.

Recently, we ordered from one of my raw material suppliers who has been begging me for more business, as our business was eroding with them because of the treatment they give us. They deliver poor service and they know it but just shrug their collective shoulders and say, “what can we do? We are a manufacturing company that tries to sell.” I am appalled by this attitude but I do like the sales rep that calls on us, so rather than empathy, it was sympathy, I gave him some business on something that was big volume. It took 4 weeks to get the item code approved and packaging set up. After, I was given a 6-8 week lead time. I felt this ridiculous but I felt this is the problem of setting up a new item code this one time, not a big deal, we can live with it in the future at 6-8 weeks. We place an order after the 5-6 weeks for the approval and then in 2 weeks after the order was placed, we were sent an email stating that they don’t want to do the amount of rolls on a pallet even though it is in their packaging already for other products. I remind my rep that this has all been approved and we are 2 months into this project and now we are getting short of time and we cannot use this new configuration that they decided is vital for proper production, even though, as I can remind you again, they do it for their other products every day.

Finally, I sent the CEO an email whom told me once, “if you ever need anything, please don’t hesitate to call me or reach out.” I sent an email to him because I am feeling hopeless and nobody in his company seems to care. I email him on a Friday late in the afternoon and he responds, mind you faster than anyone else in his company. He emails me he will take care of it on Monday. My colleague, our VP of Operations is copied on this email and he has no idea this is the president of a multi-national company. Ten days goes by and my colleague sends an email to remind him that we are 10 days past Monday and could he help us out because the condition is getting worse and we have no answers.

The next stage that was perpetrated by this group was unreal as it was unfeeling. We received emails and phone calls to scold us that we should never ever bother this person again. We are reminded of a chain of command, which I am well aware of since I am a veteran, and how dare we contact this person and he has other things to do than to get involved in matters like this. I responded that I didn’t realize we were acting like ungrateful peasants; that we spend millions of dollars with this firm. I reminded that every link in that so called chain of command was either helpless to aide us or unyielding. Hell, you have to answer the phone to help us!
So, I went and took the business to another source who has been nothing but ingratiating and warm and was always there for me when I needed them most. This firm in Canada has treated me like family from day one and they beam with pride watching us grow. This is what Dickens would call, A TALE of TWO COMPANIES. The sad thing is many of you have your own stories and yet we continue to buy from bad people and bad organizations. I hope to not have to one day, and why should we? The culture of a company is either a stain or an asset. Pride is an ingredient but so is humility and both can affect quality and branding.

To change gears a bit, below is our new corporate video. My colleagues are the ones who are the real stars and deserve the credit. They are the ones who make us the compassionate and humble company I believe my Father wanted us to become. I apologize for the half Asian guy stammering in the beginning, I am not an actor and I felt embarrassed talking in front of the camera. Thankfully, I am limited on this video, as the true stars are the ones that are shown in some of their glory. We had no script, no dress code and we wanted you to see the real Alliance Plastics. Trust me when I tell you, you will never go through what I had to go through with raw material supplier 1, no matter how much we grow. I promise that every team member in our company will represent us as the same accessible, empathetic and caring company we have always been. So, save yourself from going through what I had to, go with Alliance Plastics and join the