Did you hear the sound of all those wolves howling at the moon? That is the sound of hungry stretch film sales people struggling to get their lines filled. Unlike Game of Thrones, the Winter is coming to an end but the winter wolves are hungrier than ever. We even saw another house get gobbled up in a move by one capital group selling Paragon films to another capital group that owns SupplyOne in their portfolio.

Remarkably, I made it past, “GO” and collected my $200.00 and I’m still seeing NMDs being offered, which stands for Non-market Decreases. The Stretch Film companies are slow right now and It’s like watching a bunch of squirrels attacking a bag of Cheetos. There’s orange dust everywhere and it’s loud and messy! However, the resin companies have been remarkably disciplined and actually slowed down any eventual sliding in the marketplace. They have not pushed this discipline to the film companies as they are getting aggressive. So, if you found the Super Bowl boring, watch the March Madness ensuing as Stretch Film companies try to fill their lines. I’m enjoying watching them claw themselves through the tournament.

Now, here is an industry that has kept themselves together. From the shortages that they created to the mergers to take out even more competition. I just bought the newest MONOPOLY GAME from them, PAPER EDITION. Some reason, the cost of the PAPER MONEY was about the real cost of the denominations on the play money. Grief bought Caraustar and the cycle goes again and again. More supply is available, but we are seeing a resistance of any sliding to maintain the high pricing they’ve enjoyed in the marketplace. I would say these guys aren’t fighting over a bag of Cheetos, they are enjoying caviar and Dom. I always tell people, if you want to fight back – use our DX EdgeGuard Board. I sound like a commercial because I am one. Take the commodity out of the board and make more money. I know it’s hard out there to differentiate yourself, that’s why we do it for you! (commercial over).

I have a lot of fun writing this newsletter. Since I missed February, I received a lot of notices and inquiries about my health. I am fine, it was one of those things that February being a short month, it was suddenly on me that the 2nd month of this New Year was already behind me.

We have had so much growth and we are expanding beyond our normal horizon here at Alliance Plastics. Our Titanium Reinforced Stretch Film and Airforce Vented Films are covering so much more of the market that we had to bring on some help. I went to an old friend who I have known for over 25 years. I was just a packaging rookie when I met him. I am glad to finally bring him on our team because he is going to bring us a service level and technical capacity we’ve never had before. As we continue to work more and more with automatic and faster machinery, we need to be able to equip you, our Partners, with even greater technical aptitude. So – that’s quite a buildup, so finally to release his name………………But one more thing…………. Just joking!

We are happy to introduce the newest member of our Alliance Plastics team, Gene Foster. He brings 37 years of packaging service knowledge to our team. I always said this about Gene, “there isn’t a machine he can’t fix. There isn’t a problem he can’t solve.” I am so proud to have him on our team. He will be here to support all of you as we move forward. Gene will be based in our Texas facility and will be available by email at gene@allianceplastics.net and by phone at (210) 672-8543. Our team will be working closely with him, and as we work together on more and more high speed and automatic equipment, Gene will become a familiar face for you.
We can’t be more excited to bring him on our team and I hope you all welcome him.

This newsletter edition is much easier to write than my normal rants that get me in trouble with some of you folks out there. I literally have had people pull their hands away from me when they find out who I am because of the things I’ve written. So, today – no rants, no complaints but just an announcement that GENE is here to make you even more money and to keep you in your accounts longer. Gene joined us because he believes in the same commitment to you, our Distributor Partner that we do. We are always looking at ways to bring our partners more value and believe that adding Gene to our team is a great boost to our program. Welcome, Gene!!! 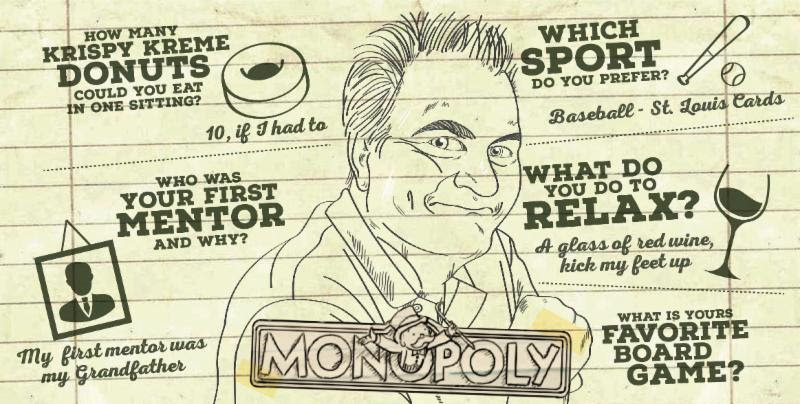